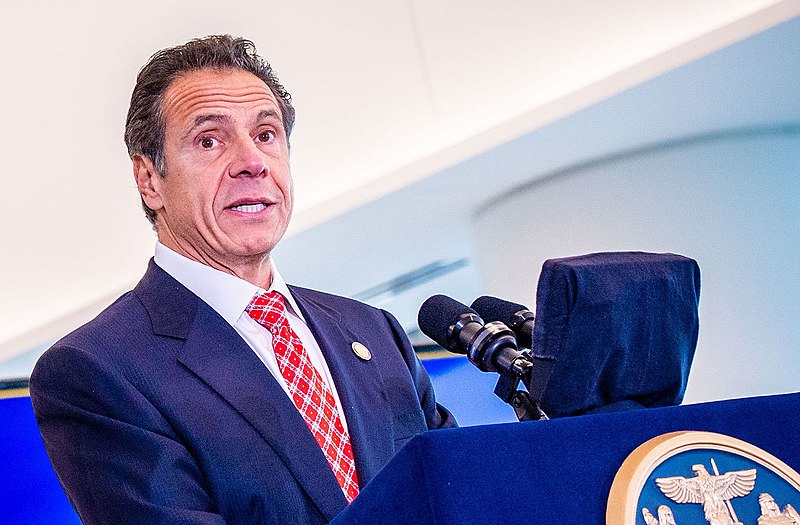 Kathy Hochul should undo Part ZZZ of the 2021 budget, and restore ballot access for the Independence, SAM, Green, and Libertarian Parties.

Albany, New York, August 10, 2021: Governor Cuomo on Tuesday announced his resignation as Governor of New York in the culmination of an investigation by the New York State Attorney General, validating sexual assault allegations against him. This avoids an impending impeachment trial in the Assembly that would focus on these allegations, as well as other wrongdoings during his administration, including mishandling of nursing home patients related to the COVID-19 pandemic, financial improprieties surrounding his book deal, and structural deficiencies on the bridge formerly known as the Tappan Zee, now named after his father.

When Governor Cuomo’s resignation takes effect on August 24th, Lieutenant Governor Kathy Hochul will ascend to the office of Governor.

The Libertarian Party of New York applauds the resignation of Governor Cuomo, but also calls upon the incoming governor to do right by the state on several fronts.

“Although we wish he would have done so immediately, we are nonetheless happy and relieved that Mr. Cuomo has made the decision to step aside for the good of New York State,” Cody Anderson, chair of the LPNY, explained. “He was an ineffective leader who became a serious distraction to the palpable problems facing the state. We hope the Assembly and the district attorneys in Albany and Nassau Counties complete their investigations so that citizen Cuomo can be held accountable — criminally, civilly, or both — for his actions.

“Kathy Hochul has a unique opportunity to put New York State on the right path. She can and should make New York State a more attractive place to live and do business by reducing the size and scope of government and slashing our tax burden. She can and should undo Part ZZZ of the 2021 budget that denied all New Yorkers choice at the ballot box and restore ballot access for the Independence, SAM, Green, and Libertarian Parties. She can and should remove the remaining COVID-19 restrictions that have damaged the economy and collective psyche of New York State. We call upon Ms. Hochul to make these changes for the good of New York on her first day in office.”