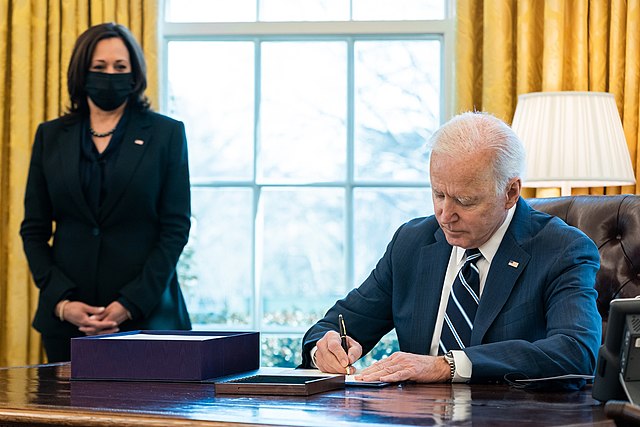 Libertarian Party of New York condemns the new proposal for financial reporting and demands to respect all Americans’ financial privacy.

ALBANY, NY, UNITED STATES, October 7, 2021: On March 11, 2021, President Biden signed the American Rescue
Plan into law. Hidden within the $1.9 trillion package was a provision lowering the reporting threshold
associated with Form 1099-K “Payment and Third Party Network Transactions” from $20,000 in
aggregate payments and 200 transactions to a sole low threshold of $600 with no minimum transaction
requirement. This new rule is slated to take effect on Jan 1, 2022. On the heels of this legislation,
Biden’s Treasury Department now proposes requiring all financial institutions to annually report the total
amount of money flowing in and out of accounts holding $600 or more or if the total transaction value is
more than$600 in one year. If approved, this proposal would go into effect on Dec 31, 2022.

“The so-called American Rescue Plan is nothing short of warrantless domestic surveillance of citizens
and a mass invasion of Americans’ right to financial privacy. ,” Anderson stated. “Our government created
this financial crisis through interventionist policies in response to the pandemic, and now looks to save the
drowning US middle class & small businesses, by throwing them a lead life preserver. Many Americans
are struggling to survive as a result of government mandates and lockdowns that destroyed their jobs and
businesses. Many are finding creative ways to support their families. Under the cover of seeking
tax-evading millionaires, our government will catch the common man in his net scooping up every side
hustle, eBay transaction, a gift from Grandma, and the like.\classifying these as income, and forcing
recipients to pay additional income taxes. Our government is once again seeking to pickpocket the
hard-working American citizen. The Libertarian Party calls for a free and open economy, devoid of
taxation and over-regulation, that will unleash the power of American business and workers – and lead to
a revitalization of America.”