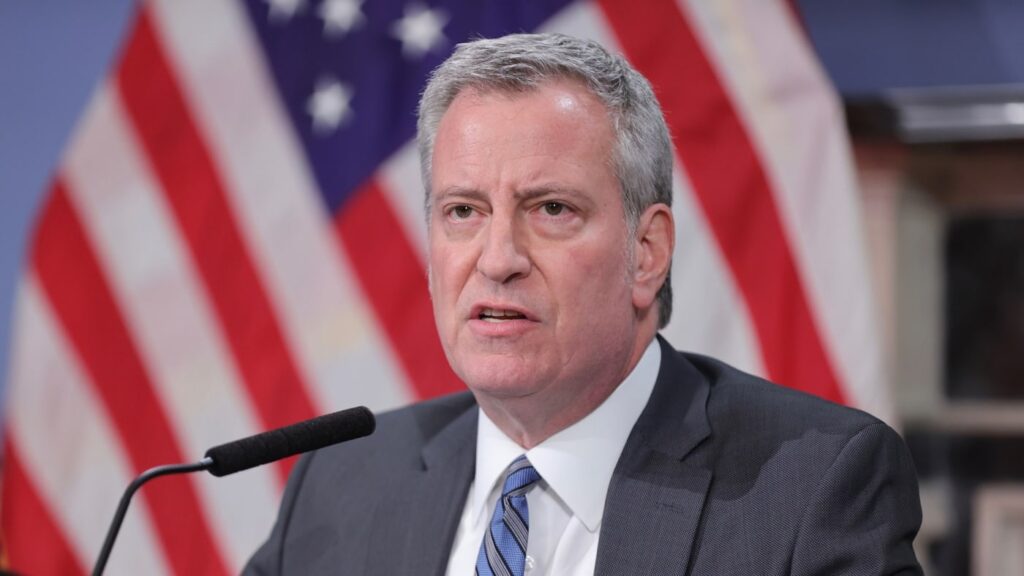 LPNY objects to the stricter vaccine mandates for NYC businesses.

NEW YORK, NY, UNITED STATES, December 7, 2021: This week, New York City Mayor Bill de Blasio announced new, stricter vaccine mandates, announcing that anyone working in the City’s more than 180,000 private businesses must receive a COVID-19 vaccination. According to de Blasio, the new mandates were put in place as a “pre-emptive strike” against the omicron variant of COVID-19. These measures, which apply to all in-person employers with at least two employees, would take effect on December 27th, five days before de Blasio leaves office.

Business leaders decried these new restrictions, calling them devastating to every private business in New York. Cody Anderson, Chair of the Libertarian Party of New York, echoed that sentiment.

“For a lame-duck mayor to put in place such short-sighted measures that will hurt employers during one of the busiest times of the year – measures that the incoming mayor does not support – is absolutely absurd,” Anderson explained. “These measures will force mass firings and resignations at the tens of thousands of retail outlets who rely on December staffing and sales for their year’s profits. The mandate disproportionately harms minority communities and the working poor. 45% of the black community and 30% of the Hispanic community will effectively be barred from earning a living within New York City at a time when working families are already struggling to make ends meet.

“Early reports on the omicron variant are encouraging; its mild symptoms have not warranted additional lockdown measures. Policy based on a dubious premise of transmissibility, rather than virulence, and unsupported by quantitative and qualitative medical data is absolute lunacy, and the Mayor’s timing and means of implementation is absolute tyranny. We call on Mayor de Blasio to rescind these needless measures, and further call upon Mayor-Elect Eric Adams to publicly denounce the newest round of mandates. If Mayor de Blasio does not reconsider before he leaves office, we demand Mayor-Elect Adams rescind the order. We implore businesses to practice noncompliance, and to deny entry to NYC officials seeking to enforce the order. The Libertarian Party of New York stands with every one of the more than 180,000 businesses in New York City who chooses not to comply with these mandates, but rather to do business and assess risk as they and their customers see fit.”