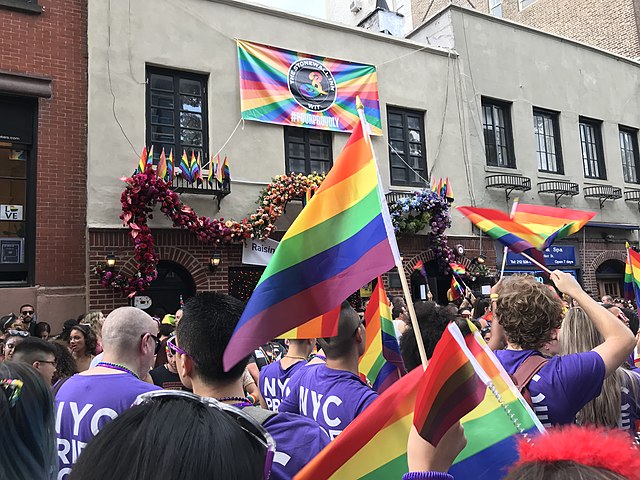 During Pride Month, the Libertarian Party reminded New Yorkers that they support the LGBTQ+ community and that they stand for the natural rights of all persons.

New York, New York, June 28. 2021: In the early morning hours of June 28th, 1969, the New York City Police Department’s Public Morals Squad raided the Stonewall Inn in Greenwich Village, with the intention of arresting those who were acting immorally. A six-day long riot and protest ensued, serving as the catalyst for the gay pride movement in America.

Among the “crimes” investigated by the NYPD were transwomen dressed as women and solicitation of same-sex relations, both of which were illegal in New York City in 1969. The New York State Liquor Authority argued at the time that the gathering of 205 “homosexuals” in a bar, even though it was peaceful and there had been no complaints, qualified as “disorderly.”

“The Libertarian Party has been the only consistent leader in LGBTQ+ rights in the United States,” Anderson stated. “We have vocally and unambiguously supported same-sex marriage since our founding fifty years ago. We are pleased with the progress that the gay rights movement has made in the last fifty years, and acknowledge the long road ahead for LGBTQ+ rights, particularly in the transgender community that was so directly targeted during the raid in 1969. F.A. Hayek said in 1960, ‘private practice among adults… is not a proper subject for coercive action for a state whose object is to minimize coercion.’ We look forward to a day when there is no government intervention in the private relationships and practices of consenting adults that harm no one else.”